#CancelCon to Explore Cancel Culture and the Threats to Free Speech 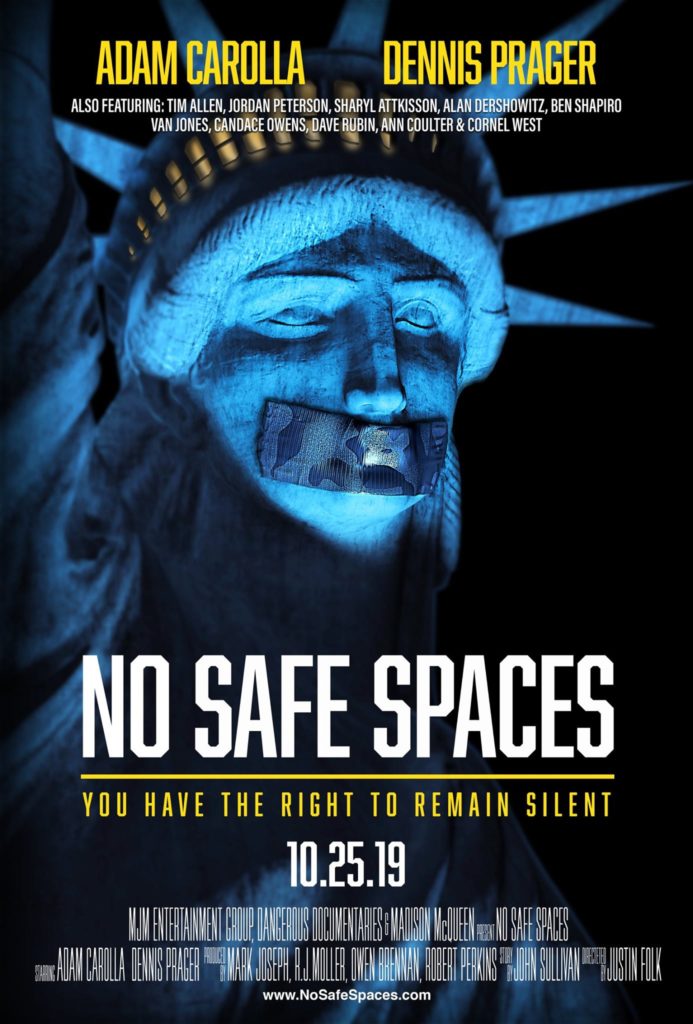 As 2019’s biggest political documentary at the box office, No Safe Spaces, releases to digital platforms and DVD, the film’s co-stars have announced a historic online free speech event, #CancelCon, which will address today’s increasingly hostile environment where cancel culture and the U.S. Constitution clash.

“People are being shut down or ‘canceled’ at an increasingly alarming rate for simply wanting to speak their mind,” said Dennis Prager. “The Constitution is in jeopardy and our nation stands on the brink.”

Dave Rubin of The Rubin Report will be hosting the event and will be joined by No Safe Spaces co-stars Dennis Prager, Adam Carolla, the Daily Wire’s Ben Shapiro, and others who will share an in-depth analysis of the current anti-free speech “cancel culture” phenomenon. “Cancel culture has made America uglier and less interesting. It’s time to cancel it,” adds Ben Shapiro.

Young America’s Foundation (YAF) is co-sponsoring this free event, simulcasting live on YouTube, Facebook, and www.NoSafeSpaces.com at 8:00 p.m. EST on Thursday, September 17—Constitution Day. YAF’s extensive nationwide network of student groups and campus activists will participate in the online program throughout the evening.

“The very thesis of No Safe Spaces—what happens on campus will not stay on campus—is playing out in front of our eyes,” noted Carolla. “It’s time to flex the muscle of resistance and refuse to be bullied.”

“If we lose the right to free speech, we lose everything,” noted Young America’s Foundation President Ron Robinson. “YAF has stood up for and defended the First Amendment on and off campus throughout our 60-year history. We are thrilled to partner with No Safe Spaces to shed more light on this important issue.”

No Safe Spaces earned $1.3m at the box office and was the highest-rated film of 2019 as ranked by the Rotten Tomatoes audience score.