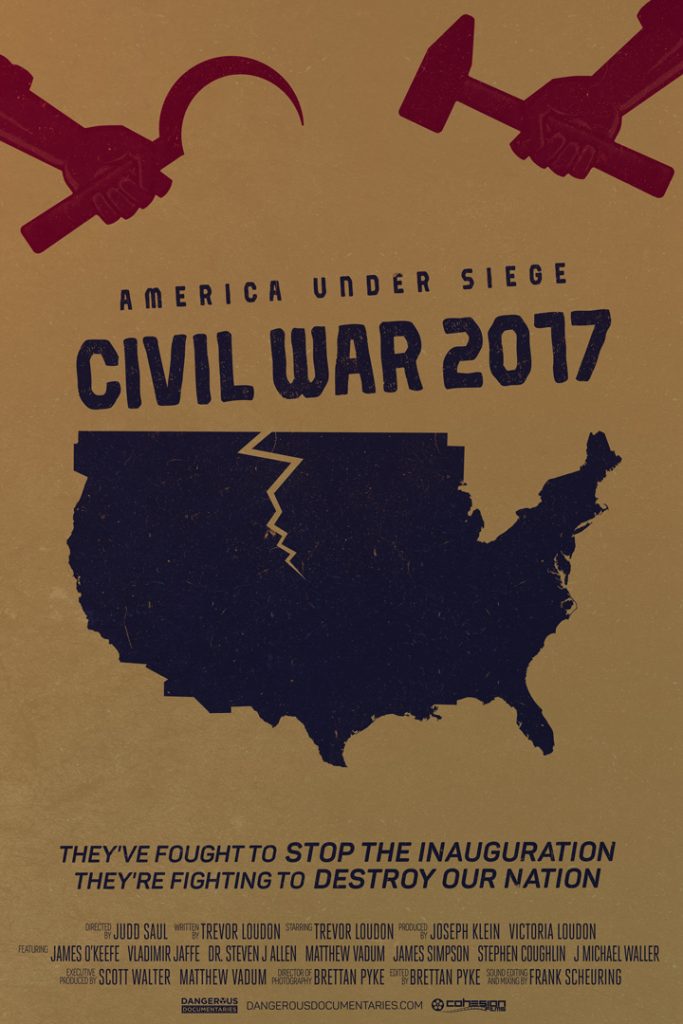 They've fought to stop the inauguration. They're fighting to destroy our nation.

While 700,000 protesters are converging on Washington D.C. for Inauguration Day—in addition to anti-Trump rallies planned in dozens of cities across the country—the political groups behind the protests remain shrouded in mystery. As Fox News Channel first reported, Civil War 2017 uncovers an extensive network of neo-Marxist operatives coordinating highly disruptive and potentially violent protests from coast to coast.

Working with Dangerous Documentaries, director Judd Saul and conservative commentator Trevor Loudon have compiled a team of researchers and undercover operatives to probe the roots of the anti-Trump movement, highlighting the ultimate goals and ulterior motives. Mr. Loudon, a regular contributor to Glenn Beck’s online programming, is the foremost expert on the left-wing organizers of mass protests.

America is under siege.

Stop them! The political groups organizing the anti-Trump rallies and violent protests from coast to coast are part of an extensive network of new-Marxist operatives. Join us today to receive instant breaking news and reports about what our investigators discover about the Left. These reports are exclusive to you and supporters like you that we deliver privately by email.