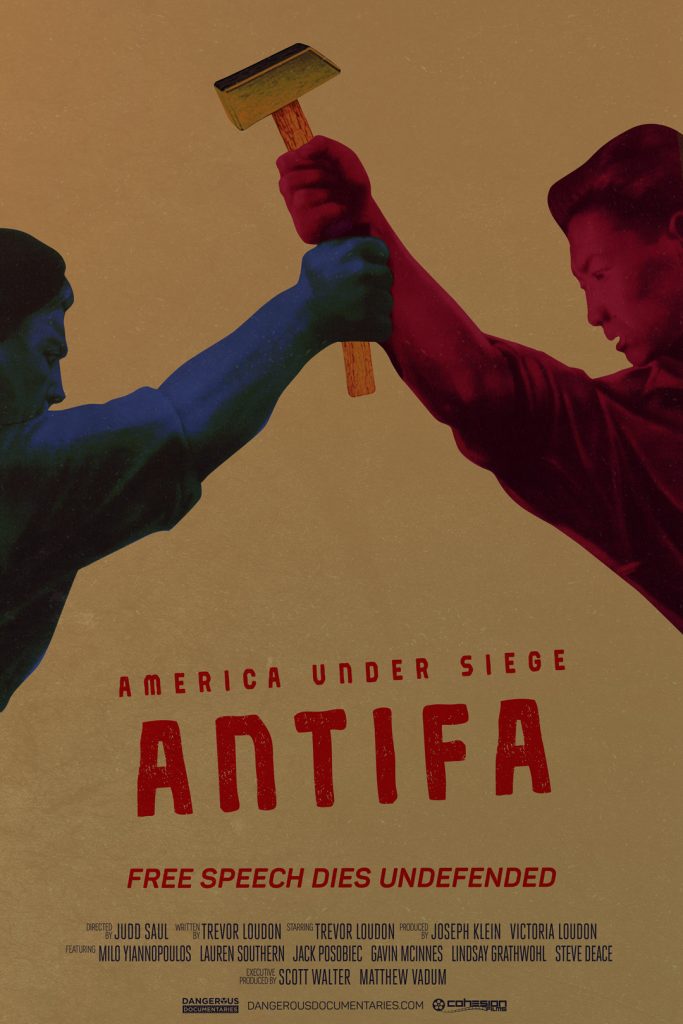 Dressed in all black from head to toe, wearing masks, wielding bats, and throwing urine bottles while chanting “No Trump, No Wall, No USA at All!”, the communist movement known as Antifa has caught the attention of the nation, gaining fame after the violence this past year in Charlottesville, Virginia and Berkeley, California.

America Under Siege: Antifa is a documentary film that answers three critical questions:

Who is Antifa? Why are they organizing? What are their goals?

Trevor Loudon, an investigative researcher and author from New Zealand with 30 years of experience studying radical political movements, unveils the history, motives, and goals of the so-called “Antifascist” movement in America and around the world.